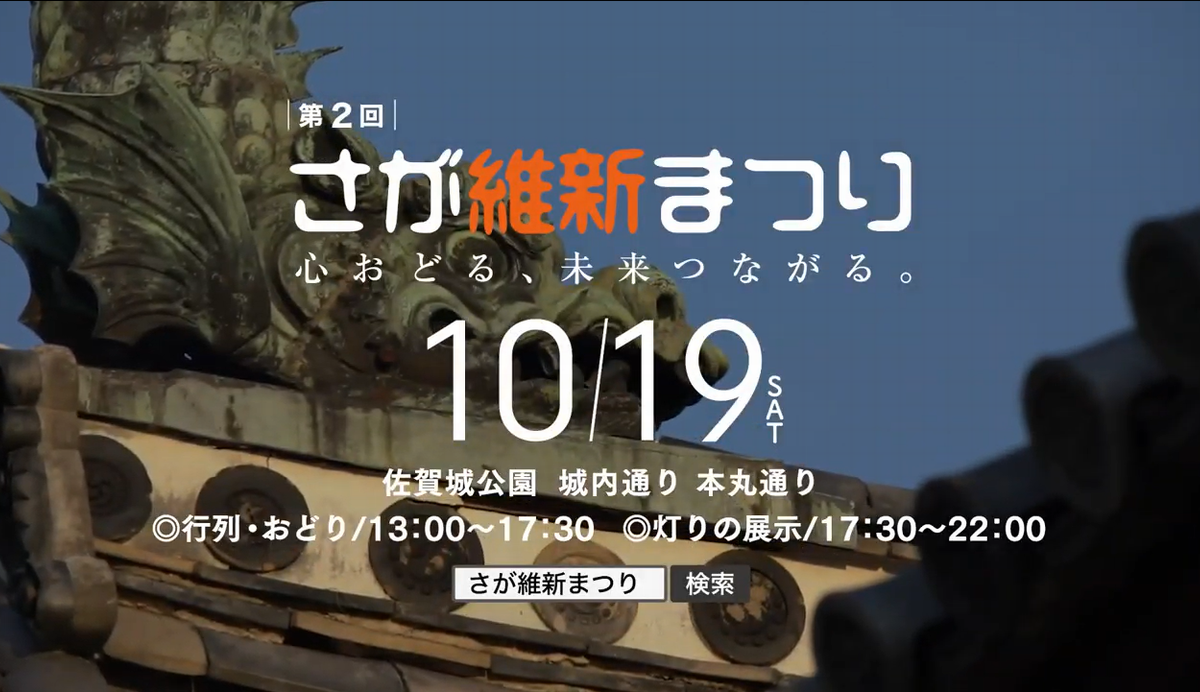 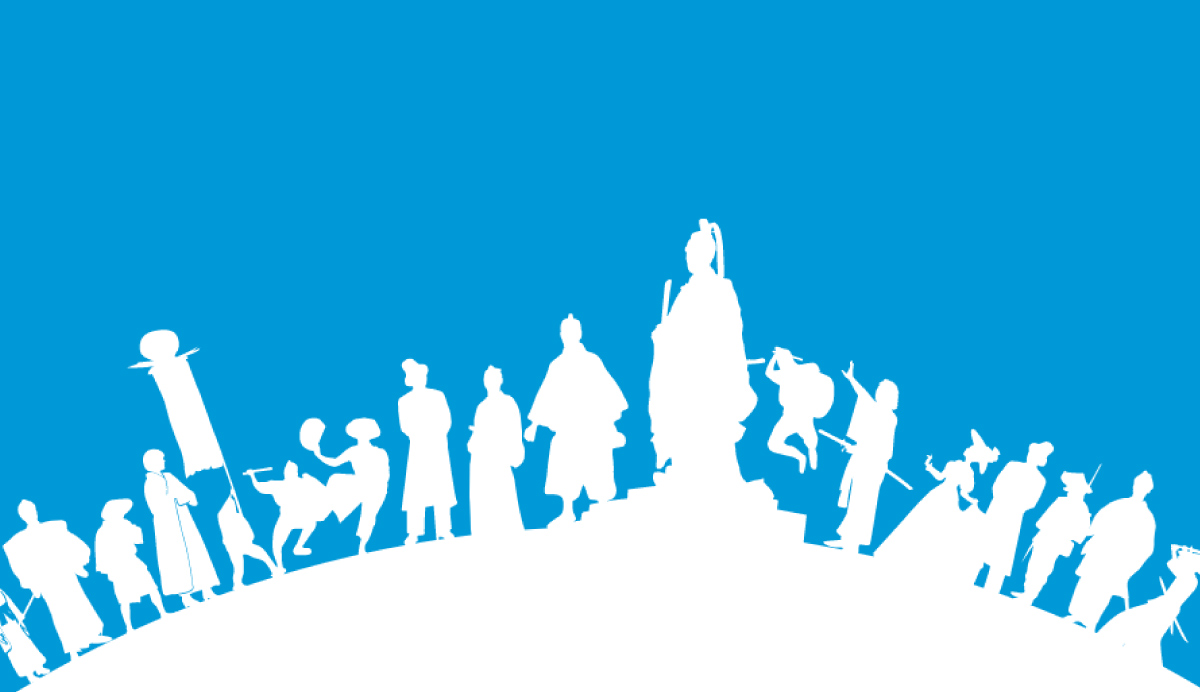 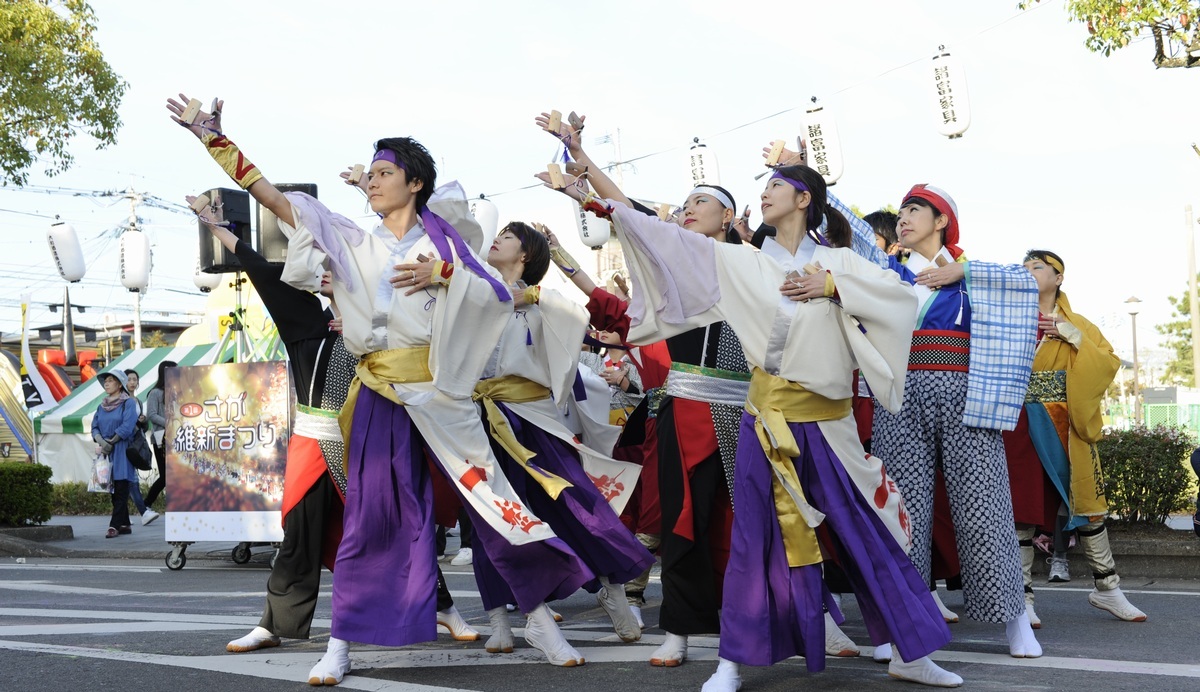 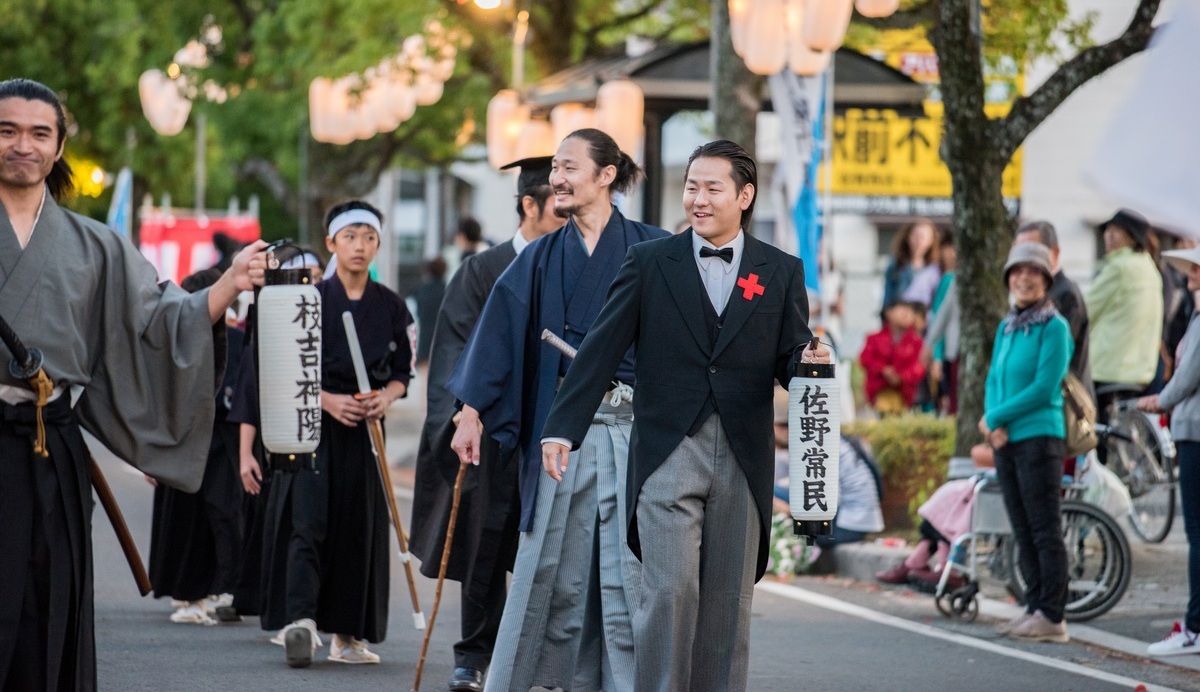 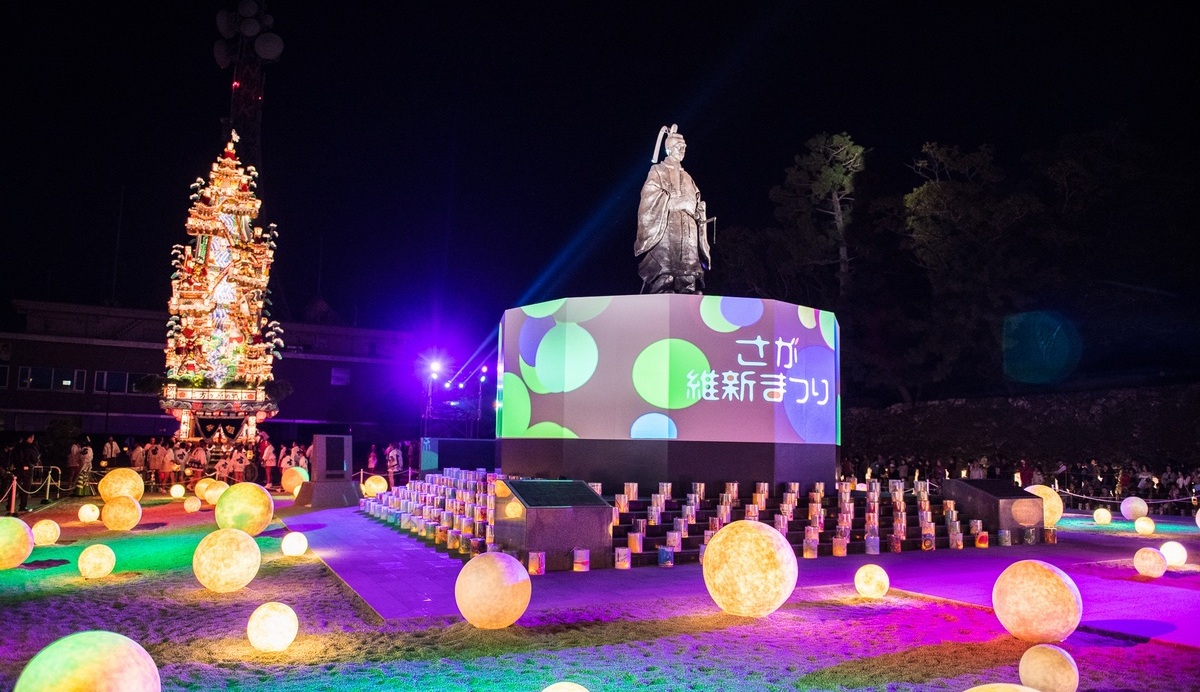 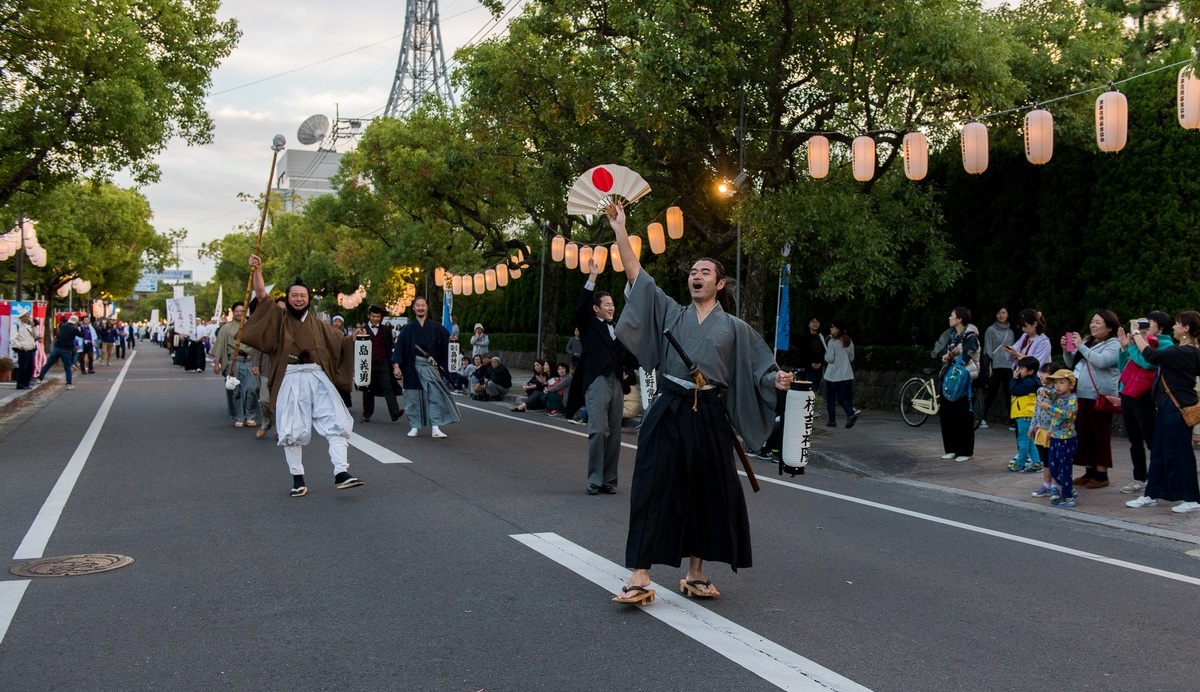 The Saga Ishinmatsuri festival was launched in 2018 in celebration of the 150th anniversary of the Meiji Restoration, in order to honor the heroes and great achievements of Saga, and to link their ambitions to the present and the future. This new festival was created through the participation of everyone, both children and adults.

This historical parade honors heroes related to Saga who were active during the late Edo period and Meiji Restoration, such as Nabeshima Naomasa. We expect 100 people to participate in this year’s parade, including members of the general public.

Before the parade sets off, you can enjoy talking to the heroes and getting your picture taken with them. The heroes can be seen taking a break at the teahouse.

This large parade of about 600 people in total, including children who pull creative floats as well as groups and companies from the general public, is a highlight event!

A light show with the theme “Voyage of Flickering Lights” is performed by Saga University students by the statue of Shima Yoshitake. Waving streamers hand-made by elementary school children reenact the voyage of the Ryofu Maru. 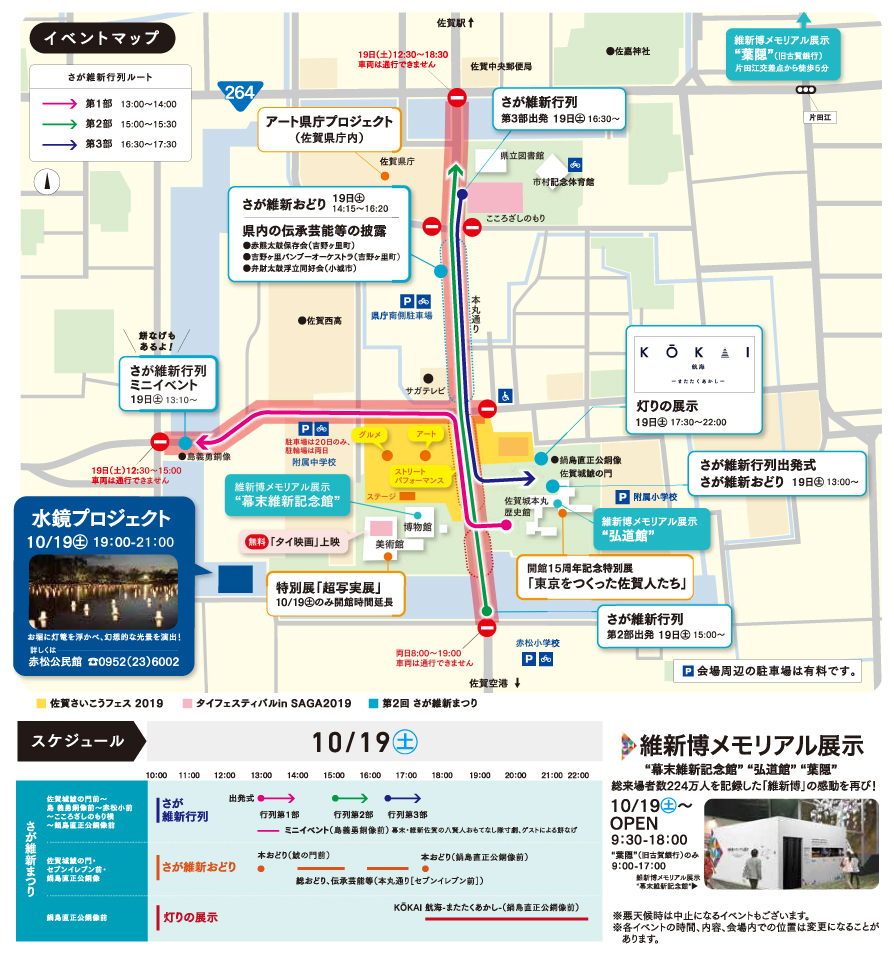 The festival sites are expected to be crowded.
Please take public transportation or the free shuttle bus.

Back to Japanese page